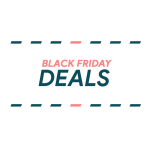 Over the last few years, HP has been rolling out the best laptops and desktops in the market. Their series of Ultrabooks from the Spectre, Envy and Pavilion line redefines portability. Mostly running on Windows 10, their Ultrabooks include the latest version of the HP Spectre x360 which has been lauded as one of the best ultraportable two-in-ones available in the market today. HP also houses the Chromebook line which features the handy and user-friendly Chrome OS which has been very popular with educators and students. Aside from these, HP also maintains a dedicated laptop and desktop line for gaming. HP’s Omen line houses some of the most impressive laptops and desktops equipped with the best gaming rigs for every gaming enthusiast.

What does Cyber Monday bring to shoppers? To make the most of the post-Thanksgiving shopping frenzy, online retailers extend their Black Friday sales until Cyber Monday. Holiday shoppers can take advantage of deep discounts on a wide selection of products including appliances, electronics and home products.