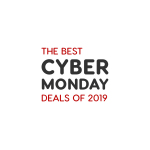 Sprint is one of the biggest network providers in the United States. They offer new customer deals and Switch to Sprint deals where customers can sign up for mobile services and buy a new Apple iPhone 8, Samsung Galaxy S9 Plus or any other device at the same time. Alongside Apple and Android smartphones, Sprint has deals for the Apple Watch and Apple iPad series as well.

Sprint further offers a time-limited Sprint Flex lease where mobile users can lease a smartphone at low monthly fees. After a certain period, the leased handset can either be bought or upgraded to a newer model. The latest iPhone 11 and Galaxy S10 are among the smartphones available from Sprint Flex. For those on a budget, Sprint offers significant savings on a wide range of older iPhone models and Android cell phones such as Huawei, LG, Motorola, OnePlus and HTC.

Holiday shoppers who do not want to brave the crowded streets on Black Friday and Cyber Monday can simply choose their preferred handset online and pick them up at the closest Sprint store.