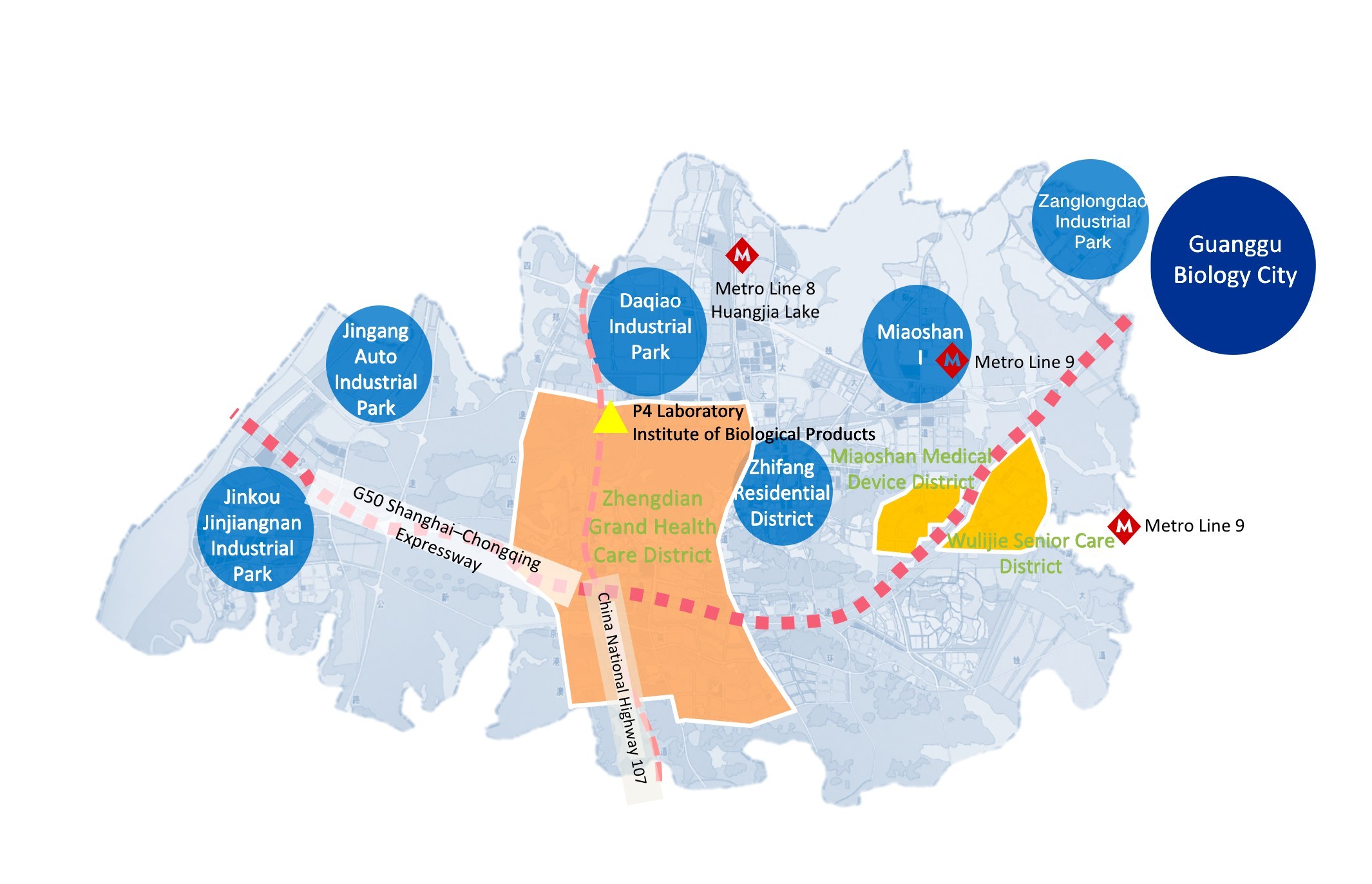 The Health Industrial Park is being created with the goal of becoming a 100 billion yuan (about 15 billion U.S. dollars) hotspot of biomedicine, medical equipment, and healthcare by 2030, according to a local official at the ongoing First World Health Expo.

Compared with Wuhan Guanggu Bio-City, which brings in revenue in excess of 100 billion yuan, the park will focus on the research and development of cutting-edge technologies in the fields of life and health while incubating key healthcare enterprises.

The Health Industry Park is positioned as a “production-research interaction” space which integrates R&D and manufacturing activities in harmony. The park will partner with Guanggu Bio-City to facilitate active industrial collaboration.

Jiangxia District will offer a preferential policy support package to health industry enterprises interested in the area, which will include financial services and R&D incentives.

Zhang Li, Jiangxia District mayor, said that Optics Valley Nanda Health Industrial Park would provide preferential policies and financial support to enterprises interested in the area. The value of a single-item policy fund is over 100 million yuan, or around 15 million U.S. dollars.

The Wuhan Health Industry Development Plan specifies that Guanggu Nanda Health Industry Park intends to introduce 100 enterprises over the next 10 years in building a 100 billion yuan-level center of business. 50,000 employees are projected to participate in establishing the fifth national industrial park in Wuhan, reaching an important milestone for Wuhan’s healthcare industry.