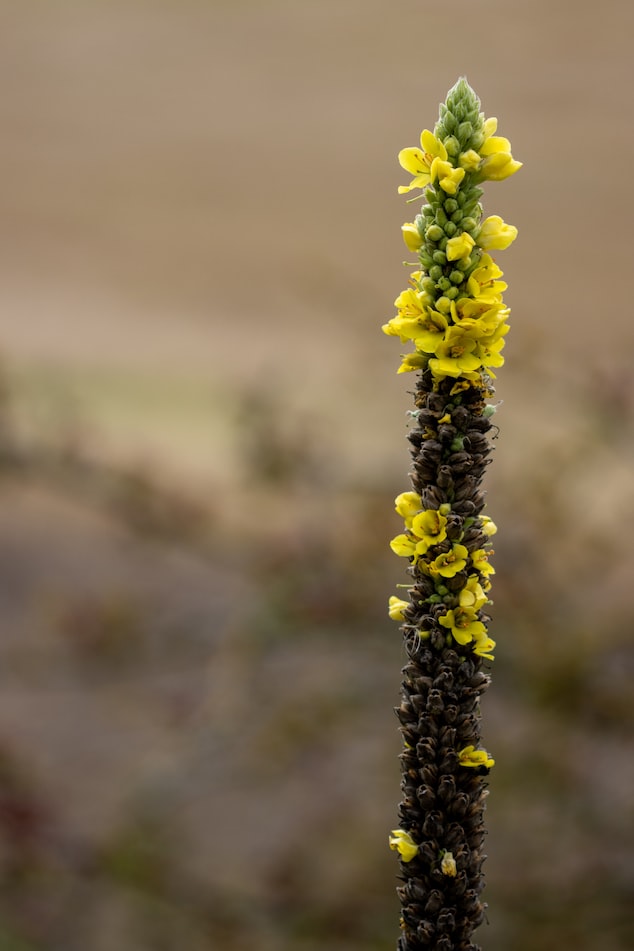 You’ve probably seen Mullein extracts or tinctures at your pharmacy or in your favorite homeopathy shop to treat pulmonary conditions, but did you know this herb is also the foundation for all of our Meo Marley’s Herbal Smoking Blends?

Mullein is a well-known plant used to make medicine and has been used for thousands of years by various cultures worldwide. People often use it as a treatment for breathing conditions. It is also used as a flavoring ingredient in alcoholic beverages and herbal smoking blends for tobacco replacements. Mullein Plants are low cost herbs to smoke to replace tobacco.

The Mullein plant can be sold in various forms, from the raw plant such as tea, powders, capsules, or a secondary product as an extract, oil, and elixir.

Mullein is native to Europe, the Mediterranean, North Africa, and Asia. Its first documented medicinal use records date back to the Greeks over 2000 years ago. Its leaves, flowers, and roots have been prescribed for pulmonary afflictions throughout history, which earned the plant its reputation as a cough remedy.

In low and even heavy dosages, it produces no significant side effects. Some types of Mullein may cause dermatitis to those who have sensitive skin and are prone to allergies. Hence one must handle the plant with caution during prolonged exposure. Like we do when our team crafts our herbal blends!

How does it work?

Mullein in traditional healing history is renowned for helping with soothing inflamed or infected lungs when ingested or applied topically. It also prevents coughing until the infection and inflammation alleviates. Mullein also helps by relieving congestion and aids in clearing mucus from the lungs.

Moreover, Mullein can be beneficial for people looking to quit tobacco. It can also work as a temporary replacement for people going through a nasty cough.

What are its uses?

One of the most prevalent uses for Mullein in traditional healing is assisting in various lung-related illnesses. When ingested, Mullein is also known for helping alleviate pain, increase the quality of sleep, and have a relaxing effect on those suffering from muscle spasms and seizures. One laboratory’s study also found that Mullein combined with amantadine can increase the body’s antiviral activity against influenza.
There is no formal scientific data that Mullein has any tangible benefit for the human body. However, a lot of people are now recommending its use as a base in herbal mixes. It can help recreational cannabis users reduce or better control their consumption, provide a chemical-free alternative to tobacco and dilute their marijuana to control the effects and the budget.

The main benefit of Mullein in herbal smoking blends is that it offers a stem-free and fluffy texture that rolls easily by increasing volume. It also burns evenly and slowly to allow for a better smoking experience. Its neutral aroma and taste let other herbs take their space in the blends and do not overpower their flavors.

An excellent herbal smoking mixture of Mullein can also help those struggling to sleep or a person with insomnia. While Mullein (and most herbs!) has no psychoactive effect in itself, it is renowned for its relaxing effect.

As explained earlier, nature offers us many alternatives to aid with our illnesses and addictions. All we have to do is be informed and look. Herbs are a natural, cheaper option for cannabis and tobacco smokers, and Mullein is one of the best base herbs.

Rovio Entertainment Corporation: Repurchase of own shares on 21 August 2020

GetSwift Appoints Terrance White to Board as Non-Executive Director

PICANTE is a news publishing website which digests / hand picks the latest news about technology, entertainment, lifestyle, finance and politics and serves them to you daily.
Contact us: [email protected]