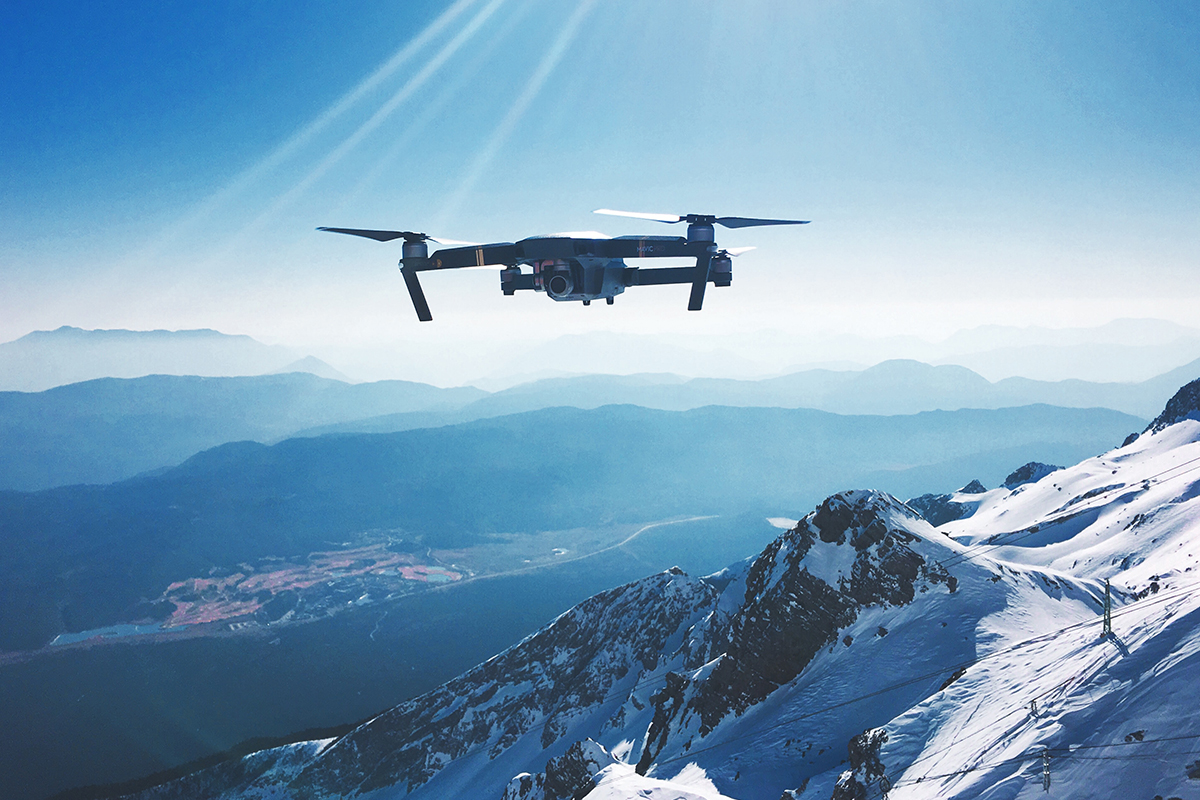 Technology is quickly changing the way in which us humans live, talk, work, and react with  the world around us. The speed in which technology is being produced shows that there are  no limitations to what can be achieved. With the development of devices that are able to work independently and mimic the action of humans, such technology can aid, enhance and conduct necessary actions. With the health of the planet in detrimental condition, can the latest advances in technology be used to aid and support the reclining health of the world?

The hunt for new development and smarter ways of living, is continually being researched.  With man-made technology unable to replace the world’s ecosystem, it can, however, play a crucial role in environmental degradation. Technology can change the way in which human’s identify, track and value what the environment provides, hopefully helping to slow down climate change that is occurring rapidly around us.

Below are some of the most recent advances in technology and how they too can be used to help save the environment and make a positive change.

It may be hard to believe that animals and the habitats in which they live can make a huge difference to the health of the world we live in. Through the deforestation of the Amazon and the reduced number of wildlife that call this environment their home, the breakdown of the species living within the rainforest is severe, as they all play a part in keeping our ecological system alive and healthy.

One thing that is evident to everyone, however, is the fast-moving breakdown and extinction  of animals all around the world, with more than 10,00 species becoming extinct each year, due to human activity such as deforestation or poaching.

However, there is hope on the horizon. With advancements being made within Artificial Intelligence, there is a high chance that the technology will be able to track animals within their natural habitats. This will not only allow us to study the exciting and private lives of various animals, but also locate and pinpoint their exact location before deforestation and hunting can occur.

Being able to track the species at all times will avoid the death of so many important animals, while helping our ecosystem stay alive and well for the health of the world around us.

One of the most significant ways that technology can contribute to saving the environment is through the creation of a sustainable energy source.

With the inventory of fossil fuels running low, the need to find a green and environmentally friendly substitute is important, more so than ever before.

Generating energy with the use of technology is a far more flexible and eco-friendly way of powering the ever growing world. Although a long process, when it comes to developing systems that work, finding the correct location, is equally as important. Energy Procurement, such as wind turbines and solar panels, are already two popular forms of technology that can be used to help generate energy. Realistically, more renewable energy options are needed in order to reduce and replace the use of fossil fuels altogether.

Sustainable energy sources work by using the sun, wind and even the tides. All natural sources whose energy can be harnessed to generate and power industries, while helping to nurture the health of the surrounding environment.

The poaching of animals has drastically become a sport and form of income for many people around the world. The killing of animals, whether for their fur, tusks or skin sometimes can be the only form of income for many poachers and has become a big industry in East Asia, but also Africa. Although not always conducted out of pleasure, the poaching of animals has caused an effect on the surrounding environment, by removing a key part in the natural hierarchy. All animals, no matter how big or how small, all play a role in feeding and caring for the earth. By taking away this process, it can reduce their impact on both the ecosystem, but also their role in the nitrogen cycle.

Technology, however, is being used to help capture poachers and diminishing the trade that comes as a consequence of poaching. The way in which technology can be used, is by rangers using thermal imaging to help identify the criminals in the dark and catching and intercepting before they are able to conduct their wicked crimes.

Through the ability of being able to see in the dark, without this useful tool, rangers would not be able to closely inspect individuals within nature reserves, and the rate of animal deaths would increase drastically.

One of the biggest challenges that the world has placed on itself is the production of waste and where it stores it. With our homes overrun with plastic, it is often unnecessarily used to store and transport products, such as food and clothing. With the population not sticking to the recycling rules nor making a conscious effort to reduce their plastic waste, more and more waste each year is finding itself in both landfills and in the ocean.

With a high volume of plastic waste making its way into the oceans, the surrounding ecosystems are being quickly damaged, from the chemicals emitted from the plastic, but also from the animals ingesting the rubbish.

An example of technology being used to help tackle the ever growing problem of plastic waste in our wide oceans and one example can be seen as the Dutch organisation “Ocean Cleanup”.

Ocean Cleanup, a non-profitable organisation have created a device that can sail itself 600 meters into the pacific, while making sure that it picks up as much plastic waste as possible, removing it from the ocean. The technology this group created, is propelled by the wave and wind power in order to continuously have the energy to help propel and function the boat.

Aside from this invention, designers are trying to find innovative ways to reuse the waste produced every day, helping to prevent it from washing up on our beaches or finding its way in the stomachs of large sea mammals.

With the environment under an intense amount of pressure, the future health of the Earth looks uncertain. However, continual advances are being made in technology, where these developments can be used to help support and nurture the environment.

With devices already created to help stop deforestation, extinction and saving the environment from waste; there is no limitations of what other developments could be created through the rise of technology advancements, helping to save the planet further.

The challenges created in the environment have quickly become too powerful for humans to control, so technology is needed more so now than ever, in order to tackle these issues in haste.

As a population, while we wait for these advances in technology to be created, we can all make a conscious effort to reduce the amount of waste and damage that we create to the surrounding environment. Whether it be monitoring the amount of unnecessary plastic that we use, to taking time out of our day to walk instead of driving. By making small changes in our routine, we too can help tackle small environmental challenges within our everyday lives.

About the author: Sydney Tierney just recently finished her studies; is working her way into the world of content writing as a digital marketing assistant. She writes for clients that specialise in workstations, wedding bands and energy procurement

Built Technologies Acquires lienwaivers.io As It Expands Its Reach from Construction Lending to Construction Spending

Jumei Announces Receipt of a Preliminary Non-Binding Proposal to Acquire the Company at $20.0 per ADS