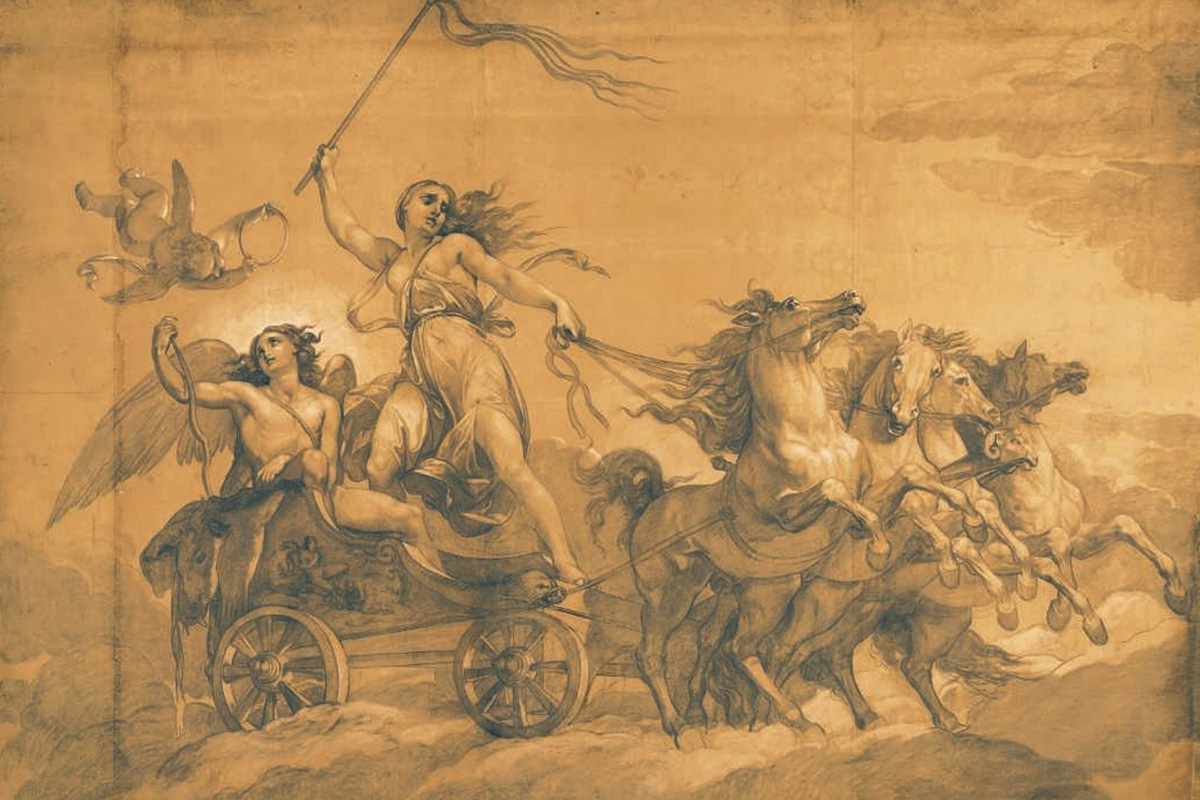 One of Louise Bourgeois’s six Spider sculptures, measuring more than 7 meters across and 3 meters tall, will be offered for sale at Christie’s on 15 May 2019 in New York. Numbered 3/6 in the series, the work already fetched $28.2 million in 2015 and Louise Bourgeois’s prices have stayed steady since then.

It could become the most expensive artwork by a female artist ever sold at auction.

“Like it or not, when it comes to art, size is very important. Giant works fascinate us because they transcend our own scale. Who isn’t impressed by huge paintings like Pablo Picasso’s Guernica (at the Reina Sofía Museum in Madrid) or Veronese’s Les Noces de Cana (at the Louvre Museum in Paris)?” says thierry Ehrmann, Artprice’s Founder/CEO.

In general, an artist’s largest works attract the strongest demand. For equivalent quality, the larger works will almost always be worth more than the smaller works.

This week, Artprice picks out a selection of 10 monumental works auctioned in 2018 in each of the major artistic mediums.

On 30 September 2018, Zao Wou-Ki’s Juin-Octobre 1985 triptych – his largest work still in circulation – caused a major sensation when it was re-offered for sale at Sotheby’s. In May 2005, Christie’s sold the same work in Hong Kong for $2.3 million. Thirteen and a half years later, its value exceeded $65 million, i.e. no less than 28 times its previous value.

American painter Mark Bradford had a particularly good year in 2018. In 2017, he represented the United States at the Venice Biennale. But it wasn’t until the first half of the following year that his prices began to inflate rapidly, generating three new auction records.

On 8 March 2018, his Helter Skelter I (2007) came close to $12 million at Phillips in London. This huge piece was a key element in the exhibition Collage: The Unmonumental Picture organized by the New York Museum in New York in 2008.

This large format canvas allowed the Brazilian duo of graphic artists to express their art in superb style. Accustomed to large facades, the two street artists have produced a large number of reasonably dimensioned paintings for the market. However, their very large canvases capture all the power of their street art. On 26 June 2018, the painting fetched $132,000 at Phillips in London.

Takashi Murakami’s imaginary world stands at the crossroads of manga culture and Sino-Japanese mythology. In April 2018, the auction house Council sold one of his three large-scale interpretations of Asia’s most popular mythical creature, the dragon. His colossal drawing – red ink on paper – titled Dragon in Clouds-Red Mutation seduced Chinese collectors in Shanghai, fetching more than $8.8 million.

Estimated between $50,000 and $80,000, the drawing was purchased for $275,000 at Christie’s in New York on 30 January 2018. Nowadays, very large-scale historical works are extremely rare on the market and this post-Renaissance drawing – which still retains all its power – was a superb acquisition.

Kaws is currently an in vogue artist par excellence… from New York… to Hong Kong. The American street artist has conquered the international art market with his colorful paintings, his large-scale figurines and his monumental sculptures. Clean Slate (2014) was shown all around the world (Shanghai, Ibiza, Hong Kong and Fort Worth) before being put on sale by Phillips in New York, where it was acquired for nearly $2 million.

This 17th century Pietà was one of the very few large-scale Old Master works sold last year. In perfect condition, the terracotta sculpture came from the Chapel of Château d’Autricourt in Burgundy (France). Christie’s sold the piece for $58,000 (including costs) in Paris on 19 June 2018.

This huge high-heeled shoe made of stainless steel pots and concrete is a perfect example of Joana Vasconcelos’s taste for oversize. The Franco-Portuguese artist has never been afraid to invest large places like the Bon Marché department store in Paris or the Palace of Versailles where Betty Boop (2010) was presented in the Hall of Mirrors in 2012.

The British duo Gilbert & George is not doing as well on the secondary market as in 2008, but their unique large-format photos continue to fetch very good prices. Consisting of 24 rectangular sections, Thirty-Five Locations resembles a huge stained glass window in black, white and red. It was the largest photographic work sold during 2018 and fetched $150,000 at Sotheby’s in New York (17 May).

In 2007 Artwise commissioned Tracey Emin to customise four Fiat 500s (each unique) for a charity sale. On 5 December 2018 at Phillips’ New Now sale, one of them fetched $8,000. In the catalogue Phillips warned Please note this lot is offered as an art work, and not a motor vehicle…

The use of motor vehicles as an artistic medium may seem bizarre, but several major artists have lent themselves to the exercise in the past. The BMW Art Car project, for example, allowed Andy Warhol, David Hockney and Jeff Koons to completely transform the exteriors of cars.

INVESTIGATION ALERT: The Schall Law Firm Announces it is Investigating Claims Against Alpha and Omega Semiconductor Limited and Encourages Investors with Losses to Contact the Firm