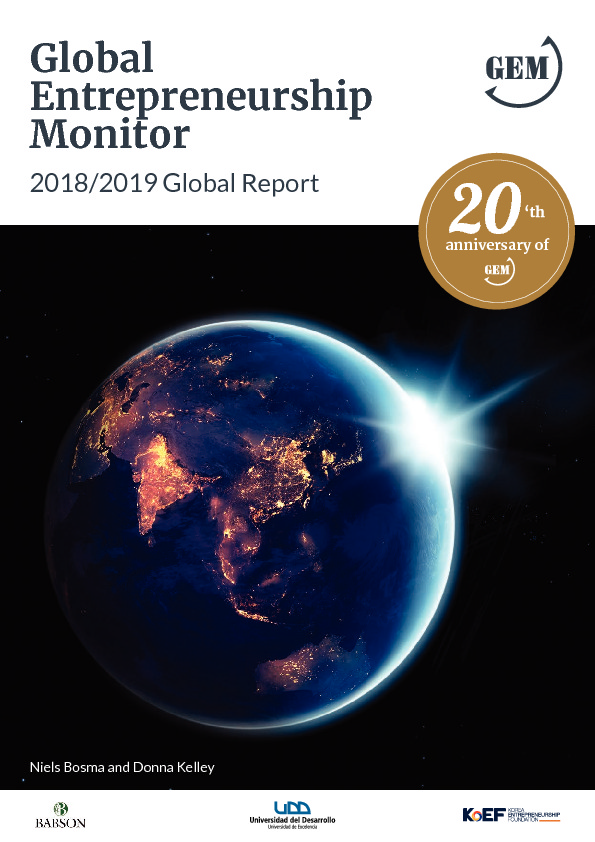 In 27 countries, an estimated 6 per cent of the world’s adult population aged 18–64 is part of the gig economy/sharing economy

A new study titled the 2018/2019 Global Entrepreneurship Monitor Global Report and spanned over 27 countries, has found that almost 20 per cent of the world’s entrepreneurs is working with family members. The study was commissioned by Babson College, Universidad Del Desarrollo and Korea Entrepreneurship Foundation.

The study also revealed that 6 per cent of individuals in the age group of 18–64 are part of the gig economy and the sharing economy.

“The Global Entrepreneurship Monitor Global Report shows that the global economy nourishes entrepreneurs of all kinds. There is a lot of media attention for innovative startups, however entrepreneurial employees, family business entrepreneurs, and small-scale established entrepreneurs also play a key role in national and local economies,” said coauthor and Utrecht University Entrepreneurship Associate Professor Niels Bosma. “This year, GEM results also confirmed that entrepreneurial activity in the gig and sharing economy is substantial in all parts of the world.”

“It might not be a surprise that many businesses are family owned, particularly when we see them every day in our communities and read about large family-owned corporations in the news. Nevertheless, to our knowledge, this is the first global study of family involvement in the startup phase. The results illustrate the extent entrepreneurs rely on family members to get their businesses off the ground,” said coauthor and Babson College Entrepreneurship Professor Donna Kelley.

The following are the other findings of the study.

Nearly one in five entrepreneurs are starting businesses that will be owned and/or managed with family members, in the 47 economies assessing family business activity. Colombia, the United Arab Emirates, and Uruguay reports the highest level of family-based entrepreneurship, accounting for over one-third of entrepreneurs.

GEM has introduced a composite index, the National Entrepreneurship Context Index, which assesses the environment for entrepreneurship in an economy. The NECI is derived from the 12 framework conditions and weights the ratings on these conditions by the importance experts place on them. Qatar, a high-income country in the Middle East, receives the highest NECI ranking, following by Indonesia and Netherlands. An examination of the top-ranked economies illustrates the importance of having healthy conditions across all aspects of the environment affecting entrepreneurship. The NECI results in this report represent an inaugural effort to inform policy, practitioner, and other key stakeholder audiences, about the strength of their overall environment for entrepreneurship.

Technology vs Wholesale/Retail: In every low-income economy, wholesale/retail businesses account for more than half of their entrepreneurs. In contrast, in half of the high-income economies, nearly 50 per cent or more of the startup activity is in service or technology industries.

A majority of Canadians are worrying about their economy, study reports