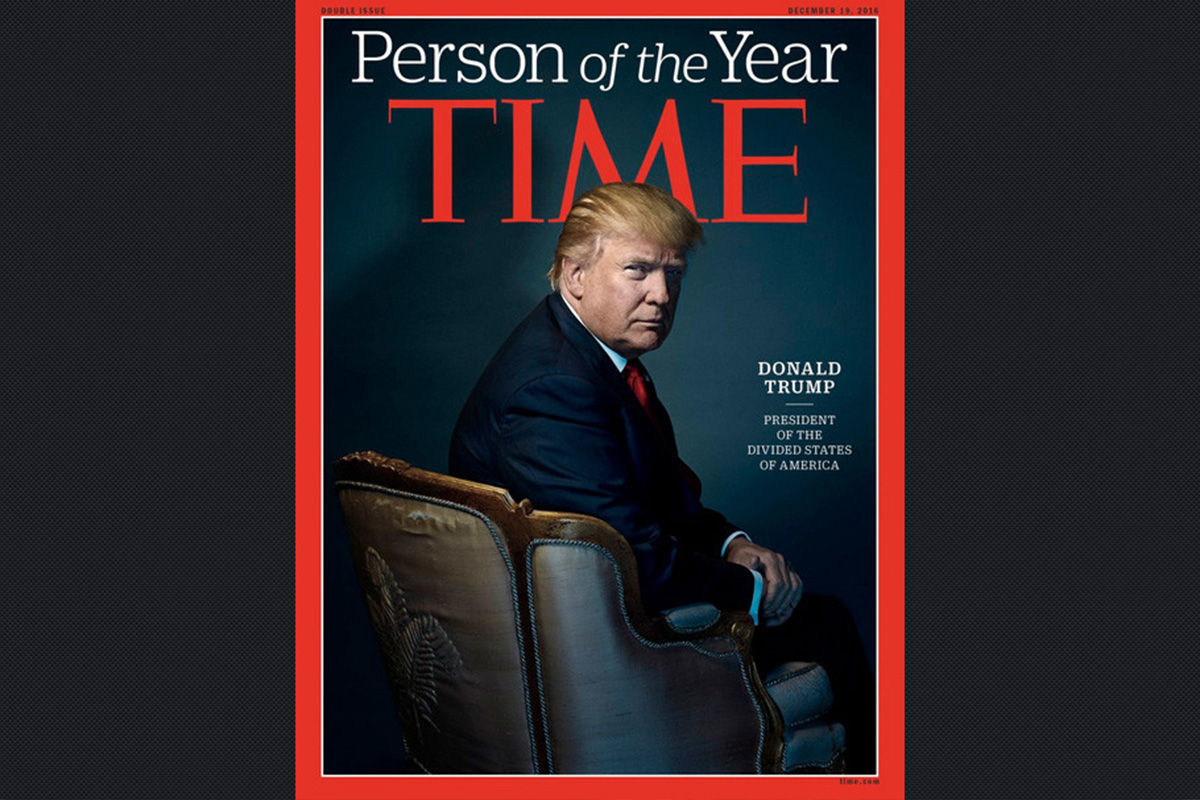 TIME names “The Guardians” the 2018 Person of the Year.
time.com/poy
#TIMEPOY

TIME Editor-in-Chief Edward Felsenthal writes, “Today, democracy around the world faces its biggest crisis in decades, its foundations undermined by invective from on high and toxins from below, by new technologies that power ancient impulses, by a poisonous cocktail of strongmen and weakening institutions. From Russia to Riyadh to Silicon Valley, manipulation and abuse of truth is the common thread in so many of this year’s major headlines, an insidious and growing threat to freedom…. In its highest forms, influence—the measure that has for nine decades been the focus of TIME’s Person of the Year—derives from courage…. This year we are recognizing four journalists and one news organization who have paid a terrible price to seize the challenge of this moment…. They are representative of a broader fight by countless others around the world—as of Dec. 10, at least 52 journalists have been murdered in 2018—who risk all to tell the story of our time.…. For taking great risks in pursuit of greater truths, for the imperfect but essential quest for facts that are central to civil discourse, for speaking up and for speaking out, the Guardians—Jamal Khashoggi, Wa Lone and Kyaw Soe Oo, Maria Ressa and the Capital Gazette of Annapolis, Md.—are TIME’s Person of the Year.”

In the cover story, TIME’s Karl Vick writes, “This ought to be a time when democracy leaps forward, an informed citizenry being essential to self-government. Instead, it’s in retreat. Three decades after the Cold War defeat of a blunt and crude autocracy, a more clever brand takes nourishment from the murk that surrounds us. The old-school despot embraced censorship. The modern despot, finding that more difficult, foments mistrust of credible fact, thrives on the confusion loosed by social media and fashions the illusion of legitimacy from supplicants…. In 2018, journalists took note of what people said, and of what people did. When those two things differed, they took note of that too. The year brought no great change in what they do or how they do it. What changed was how much it matters.”

Plus: TIME names the Person of the Year shortlist:

The December 24, 2018 Person of the Year issue of TIME goes on sale on newsstands Friday, December 14.

ABOUT TIME
TIME is a global multimedia brand that reaches a combined audience of more than 100 million around the world. A trusted destination for reporting and insight on the people, places and issues that matter, TIME captures the events that shape our lives. TIME’s major franchises include the TIME 100 Most Influential People, Person of the Year, Firsts, Best Inventions, Genius Companies, World’s Greatest Places, and more. With 45 million digital visitors each month and 40 million social followers, TIME is one of the most trusted and recognized sources of news and information in the world.