A new paper published by Stanford and The Miles Group analyses the risks of CEO activism and concludes that it is a double-edged sword.

It is a Stanford Closer Look paper from the Corporate Governance Research Initiative (CGRI) at Stanford Graduate School of Business, authored by Stephen Miles of The Miles Group (TMG), and Kim Wright-Violich of Tideline.

The study concludes that while most corporate chiefs walk a careful line to avoid offending customers, employees, and the public at large in taking public positions on issues, the changing role and visibility of the CEO is complicating the picture.

“CEOs are commenting on issues that were once thought to be a third-rail – such as gun control or climate change – and we see a mixed response from stakeholders about leaders putting themselves out there like this,” he says. “While certain groups may respond positively to a bold statement over social media, investors may penalize a company with a stock dip if they feel that a position is too edgy for that particular company.”

The paper explores the practice of CEOs taking public positions—through the media and Twitter—on environmental, social, and political issues not always directly related to their business, and examines how boards should weigh the costs and benefits of these CEO actions. This latest addition to the Closer Look series was based on research conducted by Accounting Professor David F. Larcker and CGRI Researcher Brian Tayan, of the Arthur and Toni Rembe Rock Center for Corporate Governance at Stanford University.

“CEO activism is not new, but it is becoming more common and receiving more attention,” says Professor Larcker. “Boards and CEOs need a thoughtful framework for thinking about the issues of the day and how – or whether – the company wants to be positioned.”

According to Miles and his colleague Taylor Griffin, COO at TMG, CEOs must be aware of the following three common scenarios:

“Activist statements can have a real impact – positive or negative – on customer and employee attraction and retention,” Professor Larcker adds. “There are tremendous differences across age groups and political affiliations, and every company’s population is different. It’s critical that the CEO and senior management develop a guiding framework around the level and tenor of CEO activism, and then run this framework by the board of directors, to ensure that the path is strategically appropriate for the company.”

Leonard Nimoy Digital Collectibles are Coming to the WAX Blockchain! 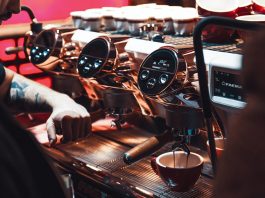