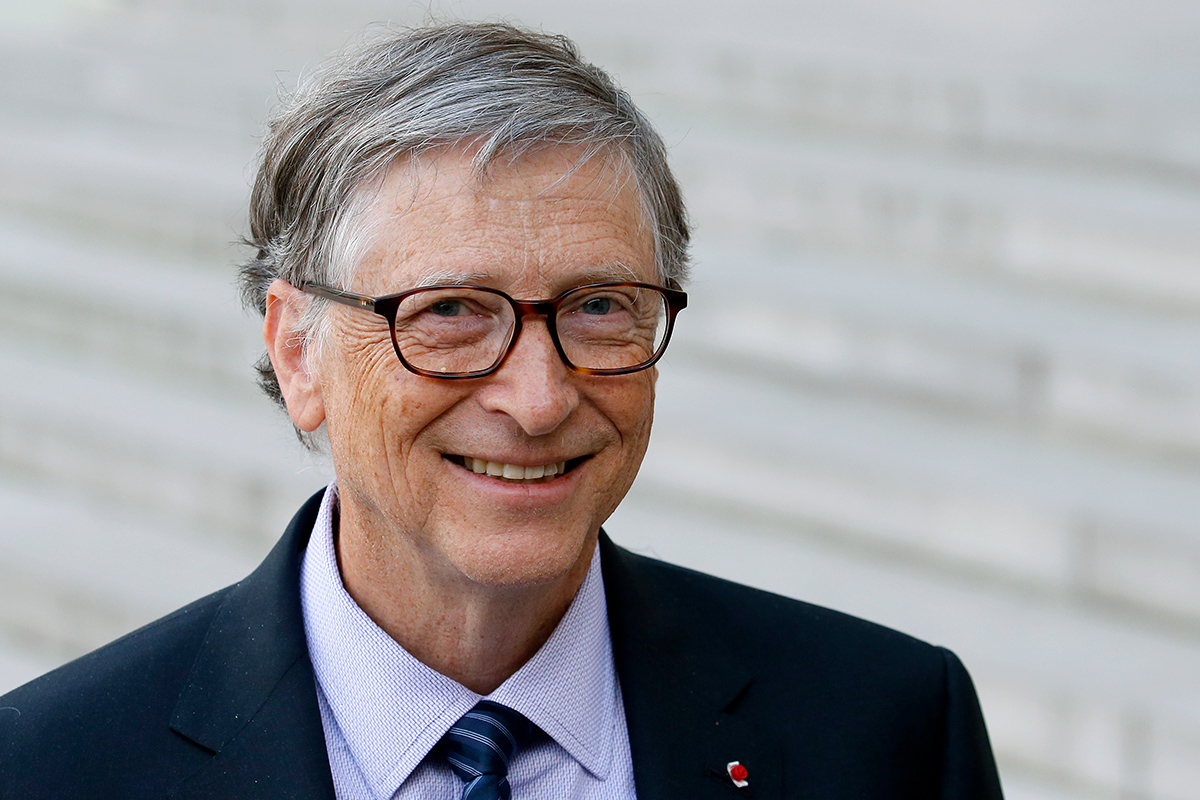 The Bill & Melinda Gates Foundation, with the China Council for the Promotion of International Trade (CCPIT) and the China Chamber of International Commerce (CCOIC), today joined global innovators, development banks, private-sector players, and governments at the Reinvented Toilet Expo in Beijing. Together, they committed to accelerate the commercialization and adoption of disruptive sanitation technologies world-wide over the next decade. Rapid expansion of new, off-grid sanitation products and systems could dramatically reduce the global human and economic toll of unsafe sanitation, including the deaths of half a million children under the age of 5 each year and the more than $200 billion that is lost due to health care costs and decreased income and productivity.

A range of companies from around the world came together at the Expo to display a new class of sanitation solutions that eliminate harmful pathogens and convert waste into by-products like clean water and fertilizer—all without connections to sewers or water lines. Companies from China (Clear, CRRC, EcoSan), the United States (Sedron Technologies), India (Eram Scientific, Ankur Scientific, Tide Technocrats), and Thailand (SCG Chemicals) announced the availability of the world’s first pathogen-killing reinvented toilets and small-scale waste treatment plants (called omni-processors), which are now ready for sale to municipal and private entities. LIXIL, headquartered in Japan, announced plans to bring to pilot a household-level reinvented toilet based on a leading prototype.

“This Expo showcases, for the first time, radically new, decentralized sanitation technologies and products that are business-ready,” said Bill Gates during the opening plenary of the Reinvented Toilet Expo. “It’s no longer a question of if we can reinvent the toilet and other sanitation systems. It’s a question of how quickly this new category of off-grid solutions will scale.”

Development finance institutions at the Expo—including the World Bank, the Asian Development Bank, and the African Development Bank—announced commitments with the potential to unlock $2.5 billion in financing for City-Wide Inclusive Sanitation projects that provide people in all parts of a city—including the poorest neighborhoods—with safely managed sanitation services. The banks’ pledges represent the biggest-ever coordinated set of commitments exclusively for urban sanitation. Significantly, these efforts will accelerate the adoption of novel non-sewered sanitation solutions in low- and middle-income countries. UNICEF announced an ambitious, new sanitation market-shaping strategy to help scale and deploy product and service innovations and increase private-sector engagement. The French Development Agency committed to double its funding for sanitation work globally by 2022, up to 600 million euros (US $683 million) per year.

“Rapidly scalable systems that can deliver safe, sustainable sanitation to communities is fundamental to quality of life and the development of human capital,” said World Bank Group President Jim Yong Kim, who participated in the Expo plenary. “Sanitation is a growing priority for the World Bank Group and many global leaders. I’m pleased to announce our new partnership with the Bill & Melinda Gates Foundation, which will help catalyze a new generation of solutions that can bring safe sanitation to everyone, everywhere on earth.”

According to a recent Boston Consulting Group analysis, there are considerable untapped opportunities for companies that come early to the new non-sewered sanitation category. The reinvented toilet market alone is conservatively estimated to become a $6 billion global annual revenue opportunity by 2030. It could help open the door to a new, potentially larger sanitation sector and value chain supported by private and public investments in products, jobs, and services. A World Health Organization study showed an even bigger return on investment for broadly advancing safe sanitation globally: Every dollar invested in sanitation provides, on average, an economic return of $5.50.1

LIXIL’s announcement of its entry into the reinvented toilet market at the Expo signalled an important milestone for sanitation industry leaders. “Now is the time,” said Kinya Seto, president of LIXIL. “Innovative companies have a golden opportunity to do well by doing good. We can help jumpstart a new era of safe sanitation for the 21st century by developing solutions that can leapfrog today’s existing infrastructure, functioning anywhere and everywhere.”

More than half of the world’s population, 4.5 billion people, continue to live without access to safely managed sanitation. In many cities in the global south, more than 50 percent of human waste escapes into the environment untreated.

Emerging trends, from climate change to demographic shifts, signal an intensification of the sanitation crisis and a need for faster progress. The United Nations estimates that by 2050, close to 70 percent of the world’s population will live in dense urban areas, putting a strain on already-inadequate city-level sanitation systems and infrastructure. Much of the growth will occur in low-income countries in Asia and sub-Saharan Africa, where water scarcity is likely to hit hardest.

Off-grid innovations such as mobile phones have dramatically improved economic opportunity, safety, and quality of life for billions of the world’s poorest in recent decades. But while global leaders hasten investments in smart sustainable cities, the global sanitation sector—from utilities to products and services—risks lagging far behind unless concerted action is taken.

Senegal’s minister for water and sanitation, Mansour Faye, who has supported early piloting and development of the Gates Foundation-funded omni-processor, commented on the progress demonstrated at the Expo: “Visionary governments that welcome these new, non-sewered sanitation solutions into communities and cities will help people live healthier and more prosperous lives. There has never been this much opportunity for countries to use innovation to improve sanitation, and to partner with the private sector to deliver it effectively to people who need it most.”

“Thanks to the joint effort of the China Council for the Promotion of International Trade, the China Chamber of International Commerce and the Gates Foundation, the Expo aims to showcase and promote a new generation of toilet technologies, concepts, materials, equipment and management systems that are both revolutionary and innovative. Together, we aim to accelerate the application of these new concepts, materials and technologies, and promote the wide adoption and commercialization of new toilet technologies,” said Chen Zhou, vice chairman of the CCPIT.

The Gates Foundation has invested more than $200 million since 2011 in early-stage reinvented toilet and omni-processor R&D aimed at lowering barriers and risk for the private sector and governments to adopt new sanitation solutions. At the Expo, the foundation shared its plans to invest an additional $200 million to support continued R&D that can help bring down the costs of new sanitation products for the poor and bolster market development in regions where new, non-sewered sanitation products can have the greatest impact.

Twenty reinvented toilet and omni-processor technologies and products rooted in the foundation’s portfolio of investments are now available for commercial licencing and production. Many are expected to meet newly published international standards, known as International Organization for Standardization 30500, created to define the operational requirements for the reinvented toilet, as well as other existing and future stand-alone, non-sewered sanitation technologies. The standards set targets for safety, processing capability, operational performance, and waste by-products to ensure product safety for users.

Information about available reinvented toilet and omni-processor technologies and products can be found at: www.stepsforsanitation.org/rte.