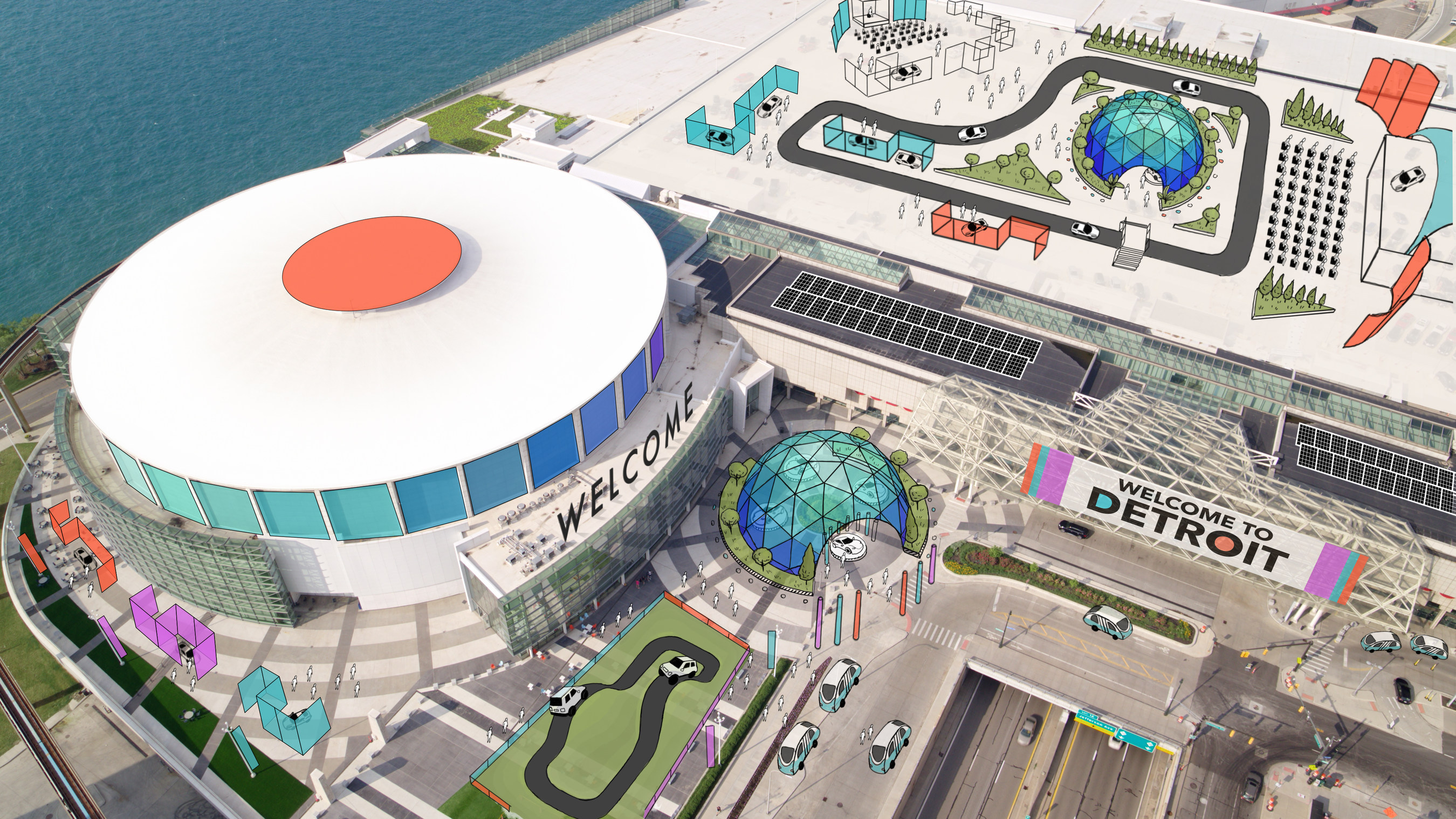 DETROIT, July 23, 2018 — The North American International Auto Show (NAIAS) announced that starting in 2020 the show would make a transformational move to June and will start the week of June 8th. The ability for participating brands to deliver dynamic exhibits and experiential opportunities outside of the show’s four walls for attending journalists, industry members and consumers, will provide new avenues to showcase the products and technologies on display. Delivering greater ROI through reduced costs and dynamic opportunities will be a key aspect of the future show.

“Our show is undergoing its most significant transformation in the last three decades,” said Rod Alberts, Executive Director, NAIAS. “Detroit will continue to be a global stage for some of the world’s most significant and iconic vehicle reveals and host an unparalleled international audience of media and key industry influencers.”

NAIAS is one of the most influential global auto events, touching all facets of the industry and attracting the largest concentration of the world’s top industry leaders – from automakers and suppliers, to tech startups and venture capitalists, to universities and policymakers.

“The North American International Auto Show is an amazing exhibition that showcases the most innovative and creative automotive companies around the world,” said Michigan Governor Rick Snyder. “Moving the show to the summer opens up new opportunities for companies as well as creating new experiences for attendees.”

The show is run by the Detroit Auto Dealers Association and its Executive Board. As part of the DADA and Board’s due diligence in exploring new opportunities for the show, hundreds of meetings and conversations with key stakeholders – automakers, suppliers and sponsors, as well as industry and government leaders – were had around the world.

“Our ultimate goal is to provide an experience and opportunity for participating companies and attendees, that only Detroit can offer,” said Doug North, DADA President. “June will allow us to better showcase the automotive leadership, development and heritage our great city and region holds.”

Embracing the Industry’s Change
Auto show dynamics are changing globally as the auto industry undergoes its biggest shift in more than a century. With this, automakers are seeking out increasingly creative ways to debut vehicles and engage with consumers. Plans have been underway for over a year as NAIAS stands ready to embrace this evolution with its move to June and provide a fresh international platform for hundreds of brands to highlight their innovations.

“As we look to break out of the traditional auto show model, there is not a need to follow the normal show season,” added North. “The new direction and focus of the show will disrupt the normal cadence of traditional shows and create a new event unparalleled in the industry.”

Endless Opportunities for Brand Activations
The reimagined show will undergo an evolution that will take the show from inside Cobo Center to a canvas of unlimited brand activation and engagement opportunities – a canvas only limited by exhibitor creativity and imagination. While the successful foundation of the show inside Cobo Center will continue with vehicles and innovative mobility technologies being showcased, transformation plans call for growth in both branding and event opportunities at multiple venues throughout Detroit, and perhaps, beyond.

“Detroit now has the opportunity to showcase our riverfront and our revitalized downtown during our beautiful summer months and creatively use the exterior of Cobo to launch new products that will transform Detroit into an exciting auto-centric environment,” said Larry Alexander, president and CEO of the Detroit Metro Convention & Visitors Bureau.

It’s envisioned that activation sites will be located throughout downtown Detroit, including at some of the city’s jewels such as Hart Plaza, Detroit RiverWalk, Campus Martius, Woodward Avenue and Grand Circus Park. Activation spots might even extend beyond the downtown area to historic automotive locations or state parks such as Belle Isle.

“The potential to create a month long automotive festival in Detroit starting with the Detroit Grand Prix, going through our show and concluding with the nationally-celebrated fireworks on the river, will provide an unmatched festival-like experience for all attendees,” added Alberts.

Cost Benefits for Exhibitors
The move to June will translate into substantial cost savings for exhibitors. By eliminating November, December and January holidays from the move-in equation, exhibitors will see reduced overtime labor costs for builds. Additionally, the show will have a shorter move-in schedule of three weeks, significantly reduced from the current 8 weeks on average it takes for move-in. With a reduced build time, exhibit builds will be simplified and less custom-built for Detroit, providing numerous cost savings as well.

A Vibrant Downtown
With ideal summer weather, a Cobo Center filled with new products and technologies, and engaging events positioned throughout the city, auto show attendees will be able to enjoy all that Detroit has to offer, will celebrating the Motor City’s love of the automobile.

Cross-marketing events around the city will help drive excitement, energy and attendees to downtown.

This past January, NAIAS attracted well over three-quarters of a million people to the city and generated an economic impact of $480M (according to David Sowerby, CFA, Managing Director, Portfolio Manager, Ancora) to the regional economy.

“June provides us with exciting new opportunities that January just didn’t afford,” added Alberts. “We strongly believe we can continue to deliver a significant economic impact for our great city, and offer an event unlike anything anyone has ever experienced.”

Preparations Underway for Coming Year
The January 2019 NAIAS looks to build off the significant buzz generated this past show where media metrics reports from PRIME Research indicate NAIAS remains the global leader among domestic shows in terms of influence as it garners the largest reach, number of articles and share of voice.

“Coming off recent trips in Europe, Asia, and around the U.S., automakers, suppliers and tech companies have hinted at some important product news that is earmarked for Detroit this upcoming year,” said Bill Golling, 2019 NAIAS Chairman. “We look forward to providing a world-class platform for the over 200 brands that showcase their innovations at our show.”

About the North American International Auto Show
In its 31th year as an international event, the NAIAS is the most influential annual automotive event in the world. NAAIS is where future mobility innovations meet the pavement. With the largest concentration of the world’s top automotive and technology executives, designers, engineers and thought leaders, NAIAS serves as the global stage for companies to debut brand-defining vehicles and industry-shaping announcements. NAIAS is unmatched in the industry in presenting six unique shows in one, including: The Gallery, an ultra-luxury automotive event, AutoMobili-D, an inside look at future mobility platforms, Press Preview, Industry Preview, Charity Preview and then concluding with a nine-day Public Show.

Related Topics:latest-newsTradeshows in transportation
Up Next

Popular sightseeing destination Suginami – only 10 minutes by train from Shinjuku