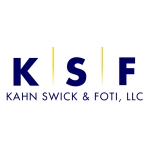 In August 2019, news media sources reported that a former Walt Disney Co. senior financial analyst had filed a series of whistleblower tips with the Securities and Exchange Commission against the Company alleging that its employees had utilized a variety of schemes to systematically overstate revenue by billions of dollars, including 2008-09 revenue possibly being overstated by up to $6 billion. The former employee also charged that Company executives were unresponsive to her attempts to report the issues and that she was ultimately fired soon after she contacted the SEC regarding the matter in August 2017.

KSF’s investigation is focusing on whether Disney’s officers and/or directors breached their fiduciary duties to Disney’s shareholders or otherwise violated state or federal laws.

If you have information that would assist KSF in its investigation, or have been a long-term holder of Disney shares and would like to discuss your legal rights, you may, without obligation or cost to you, call toll-free at 1-877-515-1850 or email KSF Managing Partner Lewis Kahn (lewis.kahn@ksfcounsel.com), or visit https://www.ksfcounsel.com/cases/nyse-dis/ to learn more.

KSF, whose partners include the Former Louisiana Attorney General Charles C. Foti, Jr., is a law firm focused on securities, antitrust and consumer class actions, along with merger & acquisition and breach of fiduciary litigation against publicly traded companies on behalf of shareholders. The firm has offices in New York, California and Louisiana.

To learn more about KSF, you may visit www.ksfcounsel.com.