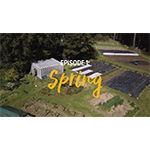 REDWOOD VALLEY, Calif.–(BUSINESS WIRE)–#TheGreatOutdoor–Flow Kana, California’s number one selling cannabis flower brand, has debuted the first episode in a series of shorts that will be the first film series produced by a cannabis brand to highlight farmers. “The Great Outdoor” was filmed by David Zlutnick; Flow Kana co-founder Flavia Cassani is the executive producer.

“The Great Outdoor” is a three-part film series chronicling the journeys of three small Emerald Triangle-based cannabis farmers through the seasons as they work to bring their harvest to market: HappyDay Farms, Moon Made Farms, and Briceland Forest Farm.

“California’s cannabis farmers have experienced radical change since prohibition was ended with the passage of adult use in 2016,” explains Flavia Cassani, Flow Kana’s Co-founder and the series’ Executive Producer. “Some things have not changed though, and that is their commitment to regenerative farming practices, and for many, the way they farm — planting both cannabis and produce in neighboring beds.” Cassani continues, “This diversified farming was what originally inspired my husband and I to start Flow Kana — that food and medicine could be planted together, and sustain a community. It was important for us to be able to share that. Not everyone might be able to visit these farms, but we can share these experiences through the medium of film.”

Each short episode of “The Great Outdoor” follows the farmers as they transition not only from one season to the next, but also from the tenuous transition between California’s medical to adult use markets. Many small cannabis farmers in California’s Emerald Triangle dreamt of the day that they’d no longer need to hide in the shadows with the specter of law enforcement hanging over their heads. As the movement for decriminalization and legalization advanced, it was only a matter of time before their dream would come to fruition. “The Great Outdoor” invites the public to bear witness to this historically epic moment presently unfolding.

One of Casey’s first memories is a National Guard chopper landing in the field beside his grandfather’s house, and his pregnant mother grabbing him and his brother and running into the trees to evade armed troops raiding the family’s homestead. Over three decades and a six-month stint in county jail later, he and his partner Amber, along with his two brothers, are leading one of California’s model cannabis farms. HappyDay represents the resilience and vitality of family farming; three generations living side by side, practicing regenerative agriculture to give as much as they take from the land.

Questioning the status quo is a constant in Tina’s life. As an active member of San Francisco’s underground art and music scene, she spent much of her time behind the drums, or backstage, and saw firsthand the veracity of a ‘live fast, die young’ lifestyle. It was Tina’s passion for music, and marginalized cultures, that first drew her to the Emerald Triangle, as she worked on a documentary film about the legendary queer drummer, Joani Hannan. During those visits over a decade ago, Tina discovered a deep connection with the cannabis plant, and its healing powers. Through serendipity, Joani’s original Southern Humboldt homestead is now Moon Made Farms.

Daniel and Taylor are living and raising their two small sons in the cabin that Daniel’s father built by hand many decades ago. For them cannabis is a means to stay on and steward the land that was passed down to them. Deeply involved in the movement for regenerative agriculture, Briceland Forest Farm is a fully diversified farm in Humboldt county, growing produce and cannabis, and raising livestock, with each playing a crucial role in the cycle.

Filmmaker David Zlutnick shared his vision for the series, “The celebration of family farms is imperative, so many cultivators have not been able to transition through the past three years. The stories of these ‘new pioneers’ must be shared. It is my hope that as viewers watch this series, with its struggles and great successes, that they will be moved to support this uniquely Californian way of life. With national legalization on the horizon, consumers across the country now have a window into what’s at stake for this precarious ecosystem of farmers.”

Based in the heart of the Emerald Triangle, Flow Kana is the leading sun-grown cannabis brand that sources from, and empowers, Northern California’s locally-owned, independent farms. Flow Kana believes that the diverse history, stories, and methods, coupled with distinct regional terroirs, are truly important to cannabis consumers. They celebrate and support mindful farmers who prioritize environmentally-sound cultivation practices. Flow Kana flower can be found in Flow Kana’s Gold, Silver, and Limited Edition lines, as well as in carefully-selected values-aligned “Powered By Flow Kana” brands throughout the state. (CA license number C11-18-0000227-TEMP)