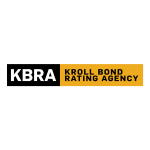 The provision, known as the “GSE Patch,” is scheduled to expire on January 10, 2021 (subject to a possible short-term working extension), following an Advance Notice of Proposed Rulemaking (ANPR) issued by the regulator last July. The GSE Patch provision generally provides for QM protections from consumer mortgage law liability to lenders on loans which would not otherwise pass underwriting requirements of the rule but are still eligible for purchase or guarantee by government-sponsored enterprises (GSEs). The same loans would be considered non-QM if they were not GSE-eligible.

In KBRA’s view, some of the more significant impacts of the expiration are as follows:

About KBRA and KBRA Europe

KBRA is a full-service credit rating agency registered with the U.S. Securities and Exchange Commission as an NRSRO. In addition, KBRA is designated as a designated rating organization by the Ontario Securities Commission for issuers of asset-backed securities to file a short form prospectus or shelf prospectus. KBRA is also recognized by the National Association of Insurance Commissioners as a Credit Rating Provider, and is a certified Credit Rating Agency (CRA) by the European Securities and Markets Authority (ESMA). Kroll Bond Rating Agency Europe Limited is registered with ESMA as a CRA.