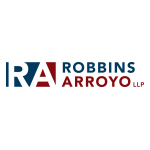 If you suffered a loss as a result of Evolent’s misconduct, click here.

According to the complaint, Evolent touted a “land and expand” business model that increased revenues by securing health plan clients that were in impaired financial condition and offering them loans, equity investments, and other extensions of capital. Throughout the relevant period, Evolent assured investors that its strategy was to service health plans rather than own them, which would limit its financial exposure and avoid the political and financial risks faced by health plans. However, Evolent failed to disclose that its services extracted ever increasing fees from its clients, severely deteriorating their financial conditions. Then, on May 29, 2019, Evolent revealed that contrary to its business strategy, it would purchase a controlling interest in Passport, its largest client. Evolent disclosed that Passport was performing poorly due to inadequate management, despite the large management fees Passport was paying to Evolent. On this news, Evolent’s stock price plummeted 30% and has since continued to decline, currently trading at around $7.90, an almost 73% decline from its class period high of $28.75.

Robbins Arroyo LLP is a nationally recognized leader in shareholder rights law. The firm represents individual and institutional investors in shareholder derivative and securities class action lawsuits, and has helped its clients realize more than $1 billion of value for themselves and the companies in which they have invested. Click here to receive free alerts from Stock Watch when companies engage in wrongdoing.

Attorney Advertising. Past results do not guarantee a similar outcome.

Ebix Issues Advisory as Regards Coronavirus Impact on its Business