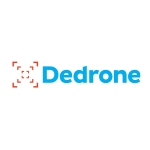 LONDON–(BUSINESS WIRE)–#counterdrone–Key to the success of integrating drones into UK airspace is collaboration that embraces the speed of innovation, while also addressing and preparing for the emerging security gaps that drones pose. In an interview this week with German newspaper, Welt am Sonntag, the EU Commissioner for Security Union, Julian King, shared that drones are becoming more powerful and smarter, which makes them more and more attractive for legitimate use, but also for hostile acts.

The advancements in drone technology has far outrun the pace at which government leaders can regulate and oversee the market. As a result, the public has access to inexpensive, powerful technology to support enterprises such as aerial mapping, video production, and product delivery, but also for nefarious purposes, such as spying, distributing contraband, and damaging property.

“Drones are here to stay, and preventable incursions, such as those at airports, correctional facilities and stadiums, will only increase and escalate in impact,” shares Joerg Lamprecht, CEO and co-founder of counterdrone technology company Dedrone. “Dedrone is the global leader in airspace security and helps organisations protect both public and private assets from drone threats. It’s critical to heed this call to action from EU leaders to measure drone activity in critical airspace, and apply this information to protect civilians from all drone threats.”

Dedrone’s platform is deployed across the UK and enables security teams to build procedures to defend against the escalating drone threat. In response to the Gatwick and Heathrow drone incursions, Dedrone published the UK Airport Airspace Security Study, which revealed drone activity data collected across multiple UK airports, and the steps taken to prevent interruptions. Worldwide, Dedrone also protects open-air events, such as the RBC Canadian Open, and works directly with US and European armed forces, including the US Department of Defense.

Dedrone is the market and technology leader in airspace security. The Dedrone counter-drone platform combines hardware sensors and machine-learning software, providing early warning, classification of, and mitigation against all drone threats. Based in San Francisco, Dedrone was founded in 2014 and is backed by investors including Felicis Ventures, Menlo Ventures, and John Chambers, Chairman Emeritus of Cisco Systems and founder of JC2 Ventures.

Accenture to Support Brandix Accelerate Journey to “Future-Ready” Its Operations