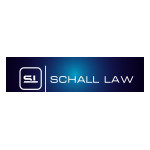 LOS ANGELES–(BUSINESS WIRE)–$NGHC #NGHC—The Schall Law Firm, a national shareholder rights litigation firm, announces that it is investigating claims on behalf of investors of National General Holdings Corp. (“National General” or “the Company”) (NASDAQ: NGHC) for violations of §§10(b) and 20(a) of the Securities Exchange Act of 1934 and Rule 10b-5 promulgated thereunder by the U.S. Securities and Exchange Commission.

If you are a shareholder who suffered a loss, click here to participate.

We also encourage you to contact Brian Schall of the Schall Law Firm, 1880 Century Park East, Suite 404, Los Angeles, CA 90067, at 424-303-1964, to discuss your rights free of charge. You can also reach us through the firm’s website at www.schallfirm.com, or by email at brian@schallfirm.com.

The class in this case has not yet been certified, and until certification occurs, you are not represented by an attorney. If you choose to take no action, you can remain an absent class member.

The Schall Law Firm represents investors around the world and specializes in securities class action lawsuits and shareholder rights litigation.

This press release may be considered Attorney Advertising in some jurisdictions under the applicable law and rules of ethics.

Netcompany – Upcoming change of Deputy Chairman of the Board of Directors