CLEVELAND–(BUSINESS WIRE)–#carseat—Two new consumers have joined a growing class-action lawsuit against Evenflo, maker of the popular Evenflo Big Kid booster car seat, which is under scrutiny for its misleading advertising and safety claims, according to Hagens Berman attorneys.

Recently disclosed video and deposition transcripts of Evenflo employees indicate that placing children — especially those weighing less than 40 pounds — in Evenflo’s Big Kid model booster seats that are advertised as “side-impact tested” puts them at risk of serious injury or death in the event of a side-impact car crash.

The newest federal class action against Evenflo in the U.S. District Court for the Southern District of Ohio shares details from a Texas mother and Michigan grandmother who each purchased Evenflo’s Big Kid booster seat under the assumption that it was safe and it had passed legitimate safety tests to ensure that safety.

If you purchased an Evenflo Big Kid booster seat, find out your rights »

The Feb. 14, 2020 filing states that Ohio-based Evenflo’s popular Big Kid booster seat was sold to consumers as “side-impact tested” and safe for children weighing less than 40 pounds. But the lawsuit alleges Evenflo does not tell consumers that its own tests reveal that a child seated in a Big Kid booster during a side-impact collision could be in grave danger of serious injury or death.

Videos of Evenflo’s own testing show that when child-sized crash dummies seated in Big Kid model booster seats are subjected to the forces of a T-bone collision, they are thrown far out of their shoulder belts. A Feb. 6, 2020 news investigation conducted by ProPublica revealed that Evenflo’s top booster seat engineer has “admitt[ed] in a deposition if real children moved that way, they could suffer catastrophic head, neck and spinal injuries — or die.”

“We believe that Evenflo’s safety standards are well below what any parent, grandparent or guardian would find acceptable for a child in their care,” said Steve Berman, managing partner of Hagens Berman, who is leading the consumer class-action lawsuit against Evenflo.

“We intend to show that Evenflo’s marketing of its Big Kid booster seats as ‘safe’ and ‘side-impact tested’ was misleading, if not outright fraud. The company boasted that safety was a number one concern, but at the same time modified its products and designed its own tests not to enhance safety and confirm they were safe, but instead simply to drive higher sales,” Berman added. “They put profits ahead of the health and well-being of their customers’ children, and we will hold them to account for that.”

Evenflo is one of the nation’s largest sellers of children’s booster seats, and millions of Big Kid boosters have been purchased from Amazon, Babies R Us, Costco, Target, Walmart and other major retailers.

The lawsuit seeks reimbursement to consumers for their purchasing defective products sold under misleading safety statements.

Find out more about the class-action lawsuit against Evenflo for its Big Kid booster car seat.

Hagens Berman Sobol Shapiro LLP is a consumer-rights class-action law firm with nine offices across the country. The firm’s tenacious drive for plaintiffs’ rights has earned it numerous national accolades, awards and titles of “Most Feared Plaintiff’s Firm,” and MVPs and Trailblazers of class-action law. More about the law firm and its successes can be found at hbsslaw.com. Follow the firm for updates and news at @ClassActionLaw. 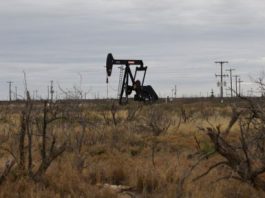