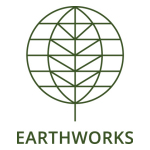 WASHINGTON–(BUSINESS WIRE)–The environmental advocacy group Earthworks, and affected communities and civil society groups around the world are marking the first anniversary of one of the world’s deadliest mine waste disasters by highlighting the dangerous practices of the mining industry, and calling for stricter oversight.

On January 25th, 2019, the Córrego do Feijão iron mine tailings dam in Brazil collapsed, killing 270 people, obliterating the community of Brumadinho, and inundating the Paraopeba River watershed with 12 million cubic meters of mining waste. The mine is owned by Vale, the third largest mining company in the world, and a member of the mining industry trade association, the International Council on Mining and Metals (ICMM).

Sadly, this was not an isolated event. The World Mine Tailings Failures Database documents the increasing number and severity of tailings dam disasters since 1915. Brumadinho was the third major collapse since 2014, including the catastrophic Samarco failure in Brazil, also owned by Vale.

Maria Teresa Corujo, an activist from the mineral rich Minas Gerais region of Brazil and member of the #JaneiroMarrom (#BrownJanuary) campaign said, “We in Minas Gerais are facing hundreds of ticking ‘time bombs,’ the tailings dams that are not being properly dealt with by those who have the power and responsibility to do so. The ‘solutions’ we’ve been given are unacceptable, such as training thousands of people to ‘self-rescue’ while mining companies continue to operate unsafe waste dams and expand their operations.”

Seven Vale executives and six safety auditors have been charged with covering up reports the Brumadinho structure was unsafe. This week, Brazilian prosecutors filed homicide charges against the former CEO of Vale and 15 other employees and auditors.

“In Brazil, society is still waiting for a proper response from regulatory agencies and Congress to increase accountability for mining companies. Social movements demand that the government fix legal loopholes, such as the lack of financial assurance for compensation and reclamation, and allowing mining companies to choose their own auditing firms,” said Bruno Milanez, Associate Professor at Juiz de Fora Federal University (Minas Gerais) and member of the National Committee in Defense of Territories Against Mining in Brazil.

Industry and government have failed to act meaningfully to prevent tailings disasters. In April 2019, investors controlling $10 trillion demanded global mining companies disclose their tailings dam failure risks – the first time investors have demanded accountability of the mining industry on this scale. Investor intervention led to the creation of the Global Tailings Review, co-convened by the United Nations Environment Programme (UNEP), the Principles for Responsible Investment (PRI) and ICMM. Several civil society organizations have been critical of its limited scope and the recommendations presented in the draft standard.

“We’ve learned from Mount Polley, Brumadinho, and the many tailings disasters before them that tinkering on the margins won’t prevent future catastrophes,” said Payal Sampat, Earthworks’ Mining Program Director. “Safety must be the primary priority for mining operations around the world, and rules for safer mining cannot be written or self-policed by mining companies.”

“If we’ve learned anything from this tragedy, it’s that there must be rigorous technical standards, enforced by an independent global body. The Global Tailings Review must lead to the establishment of such a body, and it must require top-level corporate accountability for disasters, whistleblower protections, independent oversight and safer practices such as dry storage of mine waste and a ban on upstream dams,” said Jamie Kneen of MiningWatch Canada.

TravelCenters of America Inc. Names Rajan Penkar and Elena Poptodorova to Board of Directors

Fifth Third Bancorp Increases Quarterly Cash Dividend on its Common Shares 3 cents, or 12.5%, to $0.27 per Share