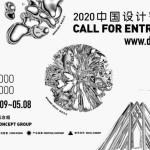 HANGZHOU, China–(BUSINESS WIRE)–Design Intelligence Award 2020 (DIA) open for entries on 9 January, with no entry fees period running until 8 May. Read on DIA official website for all the application details.

Design Intelligence Award is the annual awards programme, now in its fifth year. It identifies the world’s wonderful products and designs, as well as the individual designers and the studios producing the most outstanding work. Organized by China Academy of Art, the China’s most renowned and influential art school with a nearly 100-year history, Design Intelligence Award has grown rapidly into one of the most prestigious and popular awards programmes in the industry. Last four years it attracted more than 20,232 entries from 56 countries.

Winners will get a trophy and a certificate to promote themselves as a DIA winner. Also they will have their project exhibited on the DIA exhibition tour and published on the DIA yearbook as well as being mentioned on the official website. In addition, they will be widely promoted via DIA’s extensive email and social media networks. DIA will announce shortlisted entries on the grand ceremony in September.

There are four categories that you can enter: Cultural Innovation, Living Appliance, Industrial Equipment and Digital Economy, all of which are required to showcase a working prototype of your product whether it goes on the market or not, namely you have the option of taking the product group or the concept group competition which depends on what the market status you have.

A Complete Guide to a Budget Bathroom Remodeling

Showroom Condition – How to Clean your Car Like a Pro